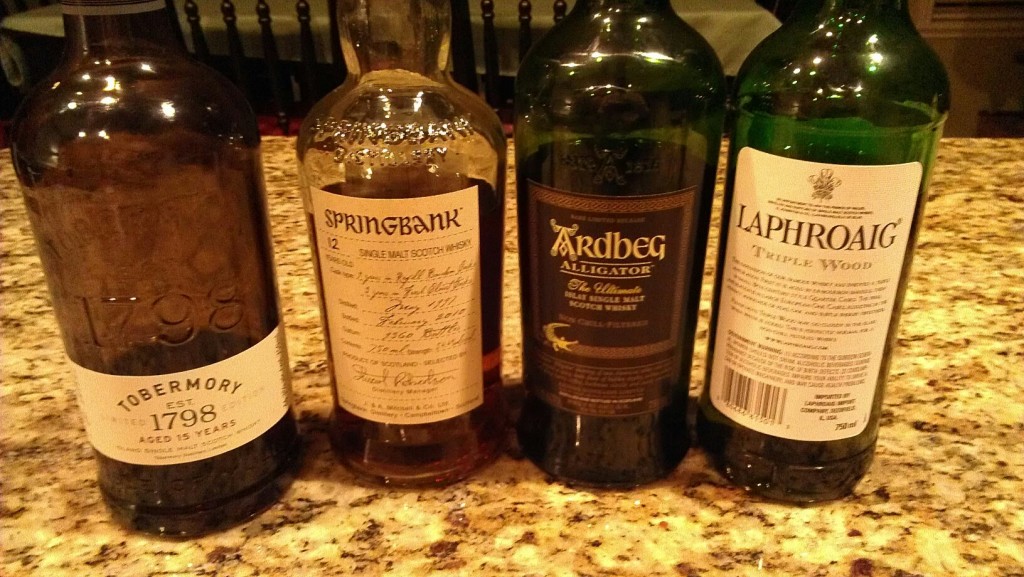 This past weekend was another PDXWhisky tasting hosted by Ian Itschner. As always, we had a lively group show up, all interested to see what this blind tasting had in store for us.

Unlike prior PDXWhisky tastings, this time around Ian went to pains to obfuscate the Distilleries/brands to keep preconceived notions away from the drams and allow our senses to do all the work; to find our favourites without the benefits of advertising or other biases. Of course that didn’t stop us from guessing and taking pot shots based on bottle shape, the colour of the whisky itself, or the general characteristics of the dram once we were tasting. (After all some bottles are so distinct in shape, you just KNOW if it is a Highland park, a Bruichladdich, or a Glenfiddich… its hard NOT to guess!)

To help you get the sense of what I’m talking about here…. these are the four bottles as presented to us: 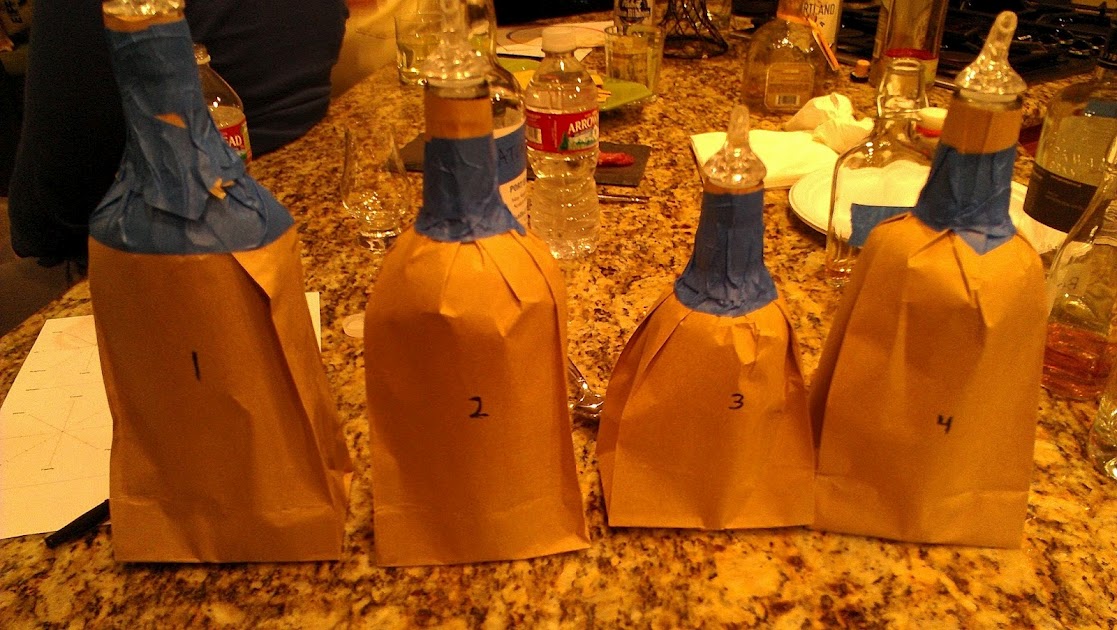 You’re guessing already, aren’t you? See, it’s hard NOT to immediately start in with those biases and preconceptions! I’ll bet you even have some good guesses based on #2 and #4’s shape, as well as #1’s neck height, don’t you? I know we did! But don’t let that cloud your mind… work through it and you WILL be rewarded with some fun surprises.

In the spirit of the evening, I am going to present my tasting notes in the same blind fashion: showing you the notes without indicating the distillery or other bottling notes:

… and to push the reveal text far enough down so as you can’t see it while reading the tasting notes above, here’s another look at them: 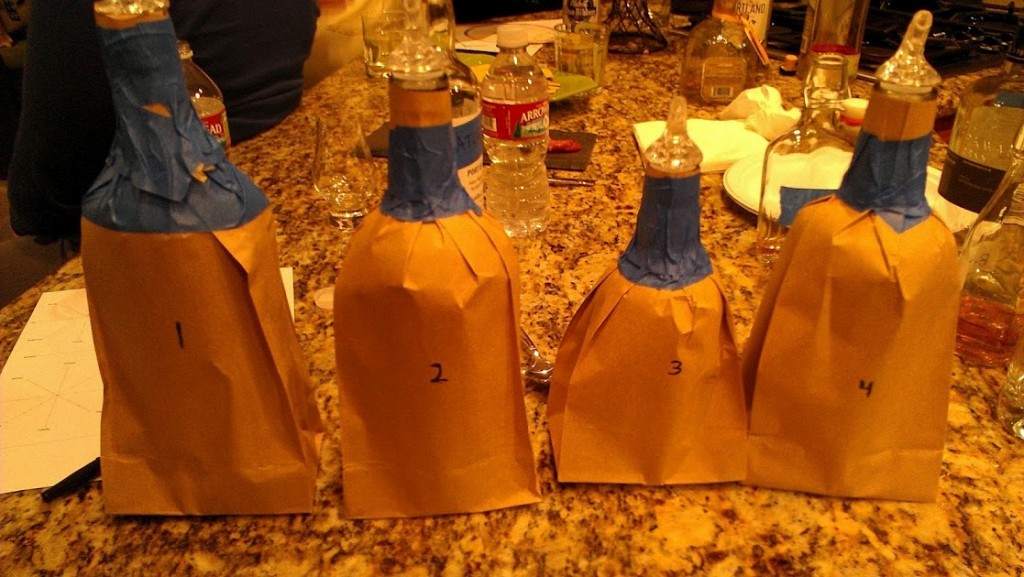 There, now that you have the tasting notes, and obfuscated images of the bottles I’ll stop the torture and reveal what each bottling was in relation to my guesses above. So, without further ado, the BIG REVEAL:

I should have trusted my first instinct on bottle number one and not second guessed my distillery choice as I was apparently right on with my initial guess! I WILL come clean and note that was primarily driven from the bottle shape and my knowledge of what Auchentoshans typically taste like. Still, I was surprised to have been so close on my first guess.

The second bottle was a bit of a shock as I’d gone through two bottles of Compass Box’ Great King Street with friends since November. I’m a bit settled by the fact that the bottle is comprised of 51.4% Lowland grain whiskies, letting me breathe a bit better when I guessed lowland as the region. Unfortunately, not having done a proper tasting note for the GKS, I don’t have a personal taste comparison to show how close or off this blind tasting was. I’m guessing that blind, this rated a bit lower than I likely would have rated it otherwise, given my predilection to towards anything Compass Box produces. Nice to keep me honest. That said, even at a B+ I’m absolutely going to continue buying this bottle for whisky & sodas!

The Glen Scotia came as a real surprise being a Cambeltown, not an Islay. This one to me was like a Johnny Walker Green: I loved to nose it, but wasn’t pleased with the palate at all. That said, I did guess the port finish correctly, and was even a bit closer on the age than I expected with my guess of 16 years versus the actual 19 years.

The real surprise for me came with the fourth bottle: the Ledaig 10 year. After the Glen Scotia at 59%, its no wonder this one didn’t rate as hot for me, coming in at 46%. Colour me shocked, however, that I’d guessed 18 years when in reality this Ledaig is only aged 10 years. And again, it is an Isle of Mull whisky when I’d originally guessed it as a Highland.

Ah, well, you win some, and even when you lose in this game, well you still win! In fact, I was so pleased with the Ledaig after this blind tasting, I opted to pop over to my local whisky shop and pick up a bottle (shock of shocks, they actually HAD it!). I have to say, this was also the least expensive dram of the night, generally around $50/bottle. Seeing As to where it was my personal favourite of the night, how could I not grab a bottle?