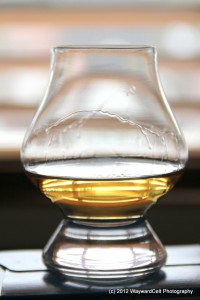 Last year, I tried Woodinville’s Age Your Own Kit with slightly disappointing results. Once I bottled up that run, I was determined to find a white dog whiskey that would more closely match my palate, as I’m not a huge fan of corn mash based bourbons.

It will likely come as no surprise that Raz, my friend Corey, and I have all been on the hunt for a barley based American whiskey. Since we are all bigger fans of malted barley than corn mash, we’ve hoped to find an American created whiskey that focused on a majority barley based mash.

Well, you can imagine my surprise when browsing a local Portland area liquor store and luckily happened upon House Spirits’ White dog whiskey made with 100% malted barley! Ah, just what we were looking for! While it had been bottled at only 100 proof, I figured it was still high enough to weather some decent aging, and picked up three 750ml bottles to begin my second run experiment in the still-wet barrel from Woodinville’s kit, but with a markedly different distillate than before.

House Spirits’ White dog 100% barley mash based whiskey was barreled at 100 proof on December 27th, 2011. Following are the tasting notes I took down on Dec 27th, 2011 before the barreling process to get a sense of what I was starting with:

Of course, that was before aging… and given how the initial barrel run improved the Woodinville White dog (though not to my taste) I was REALLY looking forward to the notes imparted by some time for the barley distillate from House Spirits to sit on the oak and think about what it had done.

Unlike my prior run, I didn’t sample this one at all in the first few months. One of the ‘issues’ I encountered on the first run, was the rapid depletion of the distillate due to the angel’s share which was exacerbated exponentially with every small taste I had. With a 2 liter barrel, even small tastes make a big dent, and the more air that gets in the more room the angels have to take their shares as well. So I abstained from frequent testing during this second barreling in hopes of retaining more of the distillate at the end.

At 4 months on the oak, I determined that a sample was indeed in order to see if more time was needed, or if it was good to bottle. Following are my notes taken on April 11th, 2012: 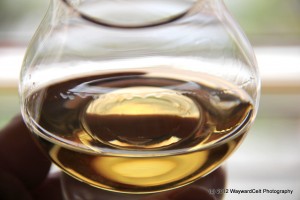 After tasting this dram at four months in a second use barrel, I am making the call to leave it sitting on oak for another two to three months before coming back to it for another test. I am hoping in that time to see the caramel notes diminish some, replaced with a bit more tannins and toast to bring deeper balance and complexity to the profile of this expression. I think the base distillate has the structure to get my personal taste up to an “A” grade, but the big unknown here is how the barrel and time will treat the final profile.

5 Responses to A new “Age your own” experiment: 100% Malted Barely whiskey