It was Randy/Raz’s birthday, so I baked him a cake, and of course there was whisky in it.  I know Orangire paires well with chocolate, so I set out to make a cake with the same flavor profile. It came out rather pretty, and very tasty, so I thought I’d share the process, since the results were devoured. 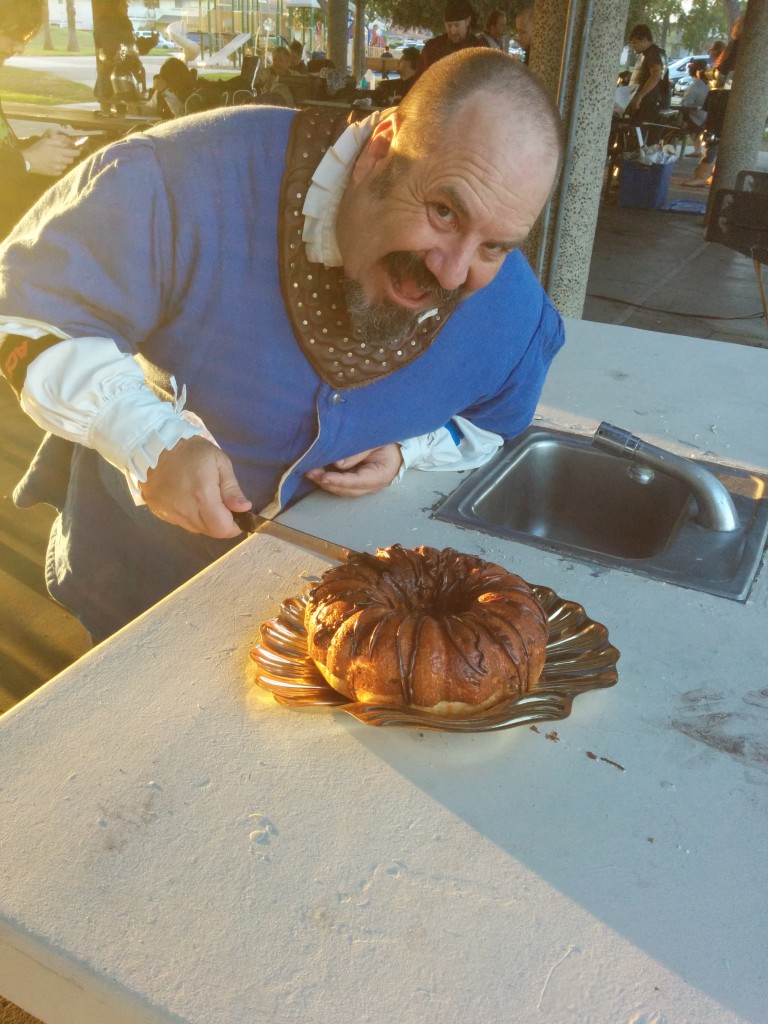 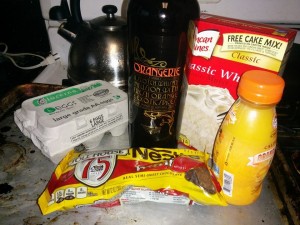 Yes, they do make orange cake mix, but I knew it would have imitation flavors, and possible taste like baby aspirin, so I used juice to kick up the orangeyness of the cake. amazon salt and pepper shakers were my salvation, mixing sugar and cinnamon to create a blend of my cake.

I replaced the cup of water the mix calls for with a 50/50 mix of orange juice and Orangire, but when I tasted the batter there wasn’t quite enough orange flavor, so I added another ounce/shot of whisky and a few drops of orange extract. Once the cake batter with the right consisteincy, I poured in a handful of mini morsels and gave it a light stir before getting out the bunt pan.

With the pan well-greased, I poured the batter in. I finished it with another handful of chips, and used a spatula to even out the batter and distribute the chips. Then it was bake time.

I found it took about five minutes longer than the box claimed to get it cooked through and be a nice golden brown. I turned it out carefully on a waxpaper-covered cooling rack and put in the ‘fridge to cool. I also found the extra liquid, and the acid of the OJ gave the cake a very high rise, resulting in a little “bubble” of cake on what would be the bottom.

I boiled about a cup of orange juice with an equal amount of icing sugar, a pat of butter and two marshmallows to make an orange glaze. I also melted some chocolate chips with shortening in a ziplock back to make a chocolate icing. I waited until the last possible minute before glazing and icing the cake, but it was still warm, so the orange soaked in a bit more than I wanted. 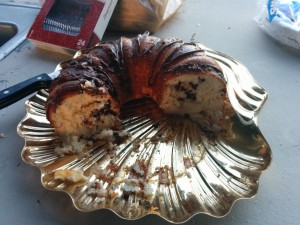 What I will do when I make this again 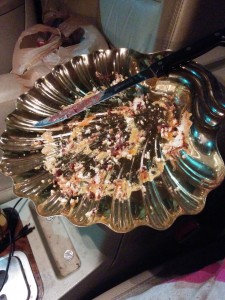